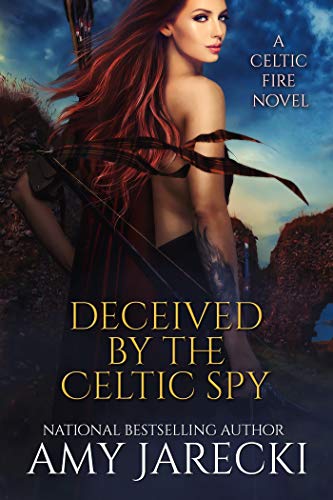 Primus Centurion, Titus Augustus Romulus, has fought tirelessly to reclaim Hadrian’s Wall from the clutches of the barbarians. Once his goal is achieved, he sets his sights on a long awaited advancement to lead the entire Roman province of Britannia. But when Elspeth stows away in his chamber, things begin to go awry. As time passes, he uncovers the mysterious warrior woman’s talents…until she’s exposed as a Pict spy.

Primus Centurion, Titus Augustus Romulus, has fought tirelessly to reclaim Hadrian’s Wall from the clutches of the barbarians. Once his goal is achieved, he sets his sights on a long awaited advancement to lead the entire Roman province of Britannia. But when Elspeth stows away in his chamber, things begin to go awry. As time passes, he uncovers the mysterious warrior woman’s talents…until she’s exposed as a Pict spy.

Elspeth has been bred to hate Romans. Never would she allow her heart to betray her code of loyalty. But Titus’s stare raking across her body sends shivers over her skin. For a moment she loses herself in the rugged centurion’s allure…until her world crumbles.

Can an ardent soldier of Rome gain the courage to turn his back on his duty? Love versus honor clash as Titus battles all sides in a fight to uncover the truth, invoke justice and follow his heart.

Book 1: Rescued by the Celtic Warrior

Book 2: Deceived by the Celtic Spy 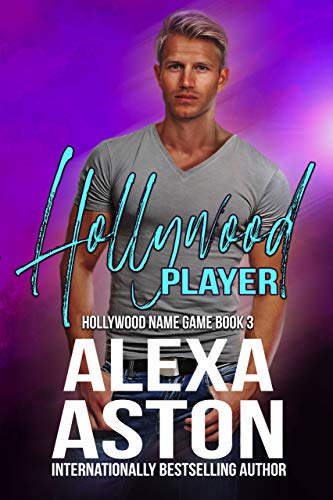 Determined not to become anyone’s mistress, Britannia keeps the duke at arms-length while she sets to uncovering the mystery of her parentage. With only a miniature painting and a monogrammed handkerchief, her inquiries lead to a series of escalating accidents and threats.

When Drake realizes Britannia is in danger, he will move heaven and hell to protect her…if the strong-headed ballerina will let him. As they traverse through the mire of skullduggery and hidden shame, events unravel to endanger them both. Will the truth prove worth uncovering, or will it sever the deep love that has come to bond their very souls? 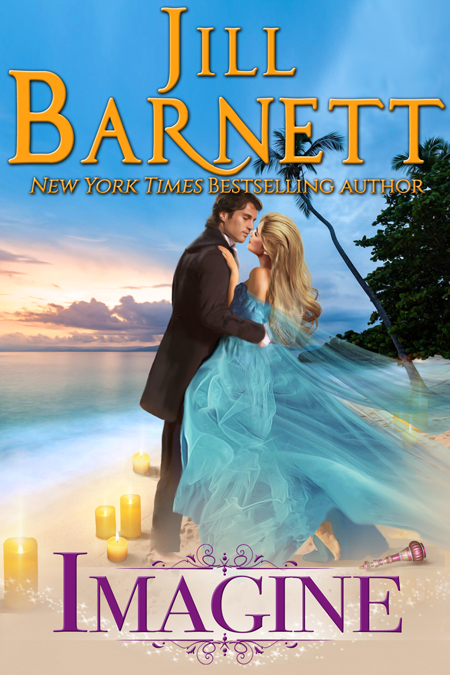 Jill Barnett writes a love story as magical and unique as any you've ever had the joy to read." (Romantic Times). Now, in IMAGINE. her special blend of sensuality and laughter sparkles when a mismatched couple is shipwrecked on a Pacific Island....

After years in prison for a murder he never committed, escaped convict Hank Wyatt knew how to survive. But he didn’t know if he could last an hour marooned on a deserted tropical island with a beautiful blonde and three orphaned children. Now, looking out for number one doesn’t seem to be enough.

San Francisco attorney Maggie Smith felt like having a good cry. Thoroughly modern, wealthy, and bright, she’s suddenly been cast in the role of mother and forced to battle wits and hearts with the most arrogant man she’s ever met.

Fate has thrown this makeshift family Robinson together, and kismet tosses in a 2000 year-old floating bottle filled with magic. Is the chance for a love more powerful than they could ever imagine only a wish away? Father Goose meets Donovan’s Reef in this funny and tender historical romance about misfits who find that life might not be so bad after all…if they can do the impossible, and find a way to be family.